Journeys of an Accidental Adventurer

“The trick is to take along an open mind, a ready sense of humour and the kind of attitude that turns everything into an adventure to be relished, instead of a calamity to be suffered at great cost.”
The Guardian, UK.

When Sue Williams set out on a ten-year series of journeys around the world, she expected glamour, excitement, a leisurely education. She simply didn’t bargain for disaster, spine-tingling terror and the kind of mind-numbing embarrassment that confronted her at nearly every turn.

Today, it makes fascinating, terrifying and hilarious reading. At the time, she just wanted to get home in one piece.

Getting There: Journeys of an Accidental Adventurer isn’t like most travel books, all about pleasant destinations reached in air-conditioned comfort.

This one’s all about the actual journey, the battle to get there, and usually waged alone and unloved, yet with an indefatiguable, and totally inspirational, good humour. Her adventures include:

Getting There: Journeys of an Accidental Adventurer was published in January 2001 by New Holland Publishers.  It has just been re-published in paperback, available from Amazon for only $12.95 (plus postage) and in talking book form by Bolinda Audio Books, read by Amanda Hulme.

You can buy it as an eBook for Kindle readers (including iPhone and iPad if you have the app)  at Amazon Kindle.

“It’s Bill Bryson in a bra, taking on the world where only one law applies – Murphy’s!“
Adventurer, Author and Getaway star Sorrel Wilby.

“Sue Williams … has a lively pen and exotic destinations.”
The Australian 16.12.00

“Prolific Sydney journalist Sue Williams is a girl who gets around – in the best jet-hopping sense. In a year that has had a dearth of travel books by women, Williams zooms in with a witty assemblage of her often perilous journeys, covering territory as disparate as Malawi and Mexico, India and Uganda …this is easy, breezy reading, perfect for holiday dipping.”
The Australian 23.12.00

“Travelling around the world can be a fabulous experience – but it can also be the stuff of nightmares. In her new book, Sue Williams details how she ended up in a little tin shed in the middle of Uganda with two armed and desperate soldiers, pleading for her life.”
The Sun Herald, 07.01.01

“Williams’ hair-raising dalliances include encounters with trigger-happy Ugandan troops and verbal stoushes with feral British travellers couped up in a converted dust truck overland from London to South Africa. Williams travels down on the ground, not above and beyond the local population.”
Australian Financial Review, 13.01.02

“Few people choose to travel on a shoestring budget, but maybe they should. For what doesn’t kill you may not make you stronger, but certainly leaves you smarter, says Sue Williams.”
Sunday Age, 07.01.01

“Williams has a good eye for the dramatic qualities of several nightmarish trips: typical is a truck journey through Africa with a bunch of unsavoury misfits and an uncaring leader who finally abandons them in Nairobi when he runs out of money. Rarely the cool observer, invariably coping with being a lone white female abroad, Williams becomes a guiless guest of some wealthy Sicilian men, or more bizarrely, is left lying naked in a sleeping bag on a parth of wasteland in northern Nigera.”
Sydney Morning Herald, 10.03.01

“It serves as a vivid object lesson of the problems found when travelling in places where the only law appears to be Murphy’s – if anything can go wrong, it will. However, Sue Williams takes it all in good humor with much practicality and unfailing spirit.”
The Age, 20.01.01

“The Australian dollar is pitiful. Experts are tipping another recession. There are fresh outbreaks of the deadly Ebola virus in parts of Africa and mad cow disease in Europe. But don’t despair says Sue Williams …”
The Courier Mail, 06.01.01

“You had your wallet stolen. Your hotel room was burgled. Your rental car broke down. Your train crashed on the way there. But don’t despair. With the right atttitude, says Sue Williams, holiday disasters are fodder to dine out on for years.”
Sunday Mail, Brisbane, 07.01.02

“She revels in travelling alone to locations off the beaten track and meeting the challenges that come with the unknown. Lovers of real-life adventure will lap this up.”
Australian Good Taste, February 2001

” … a funny, realistic and inspiring account of travelling the world. Detailing her journeys over 20 years to every country imaginable, this book will delight, both adventurers and armchair travellers.”
marie claire, February 2001

“Have a chuckle a page as you travel to the loos of Beijing and the mountops of Malawi with an accidental traveller.”
New Woman, January 2001

“Being a lone woman and surviving was, for Sue, a simple and life-affirming experience. A sense of humour, cool head and amazing courage just to achieve her goals, makes this a truly extraordinary read.”
Manly Daily, 19.01.01

“An accidental, backpacked adventurer, she highlights her sometimes hellish, hair-raising and often hilarious experiences around the world – crossing borders and boundaries between countries, politics, religion and sex in her wanderlust for life.”
Next magazine, June 2001

“The trick is to take along an open mind, a ready sense of humour and the kind of attitude that turns everything into an adventure to be relished, instead of a calamity to be suffered at great cost.”
The Guardian, UK, 04.07.01

“Such memories are the really rewarding stuff of travel,”
The Independent, UK, 27.05.01 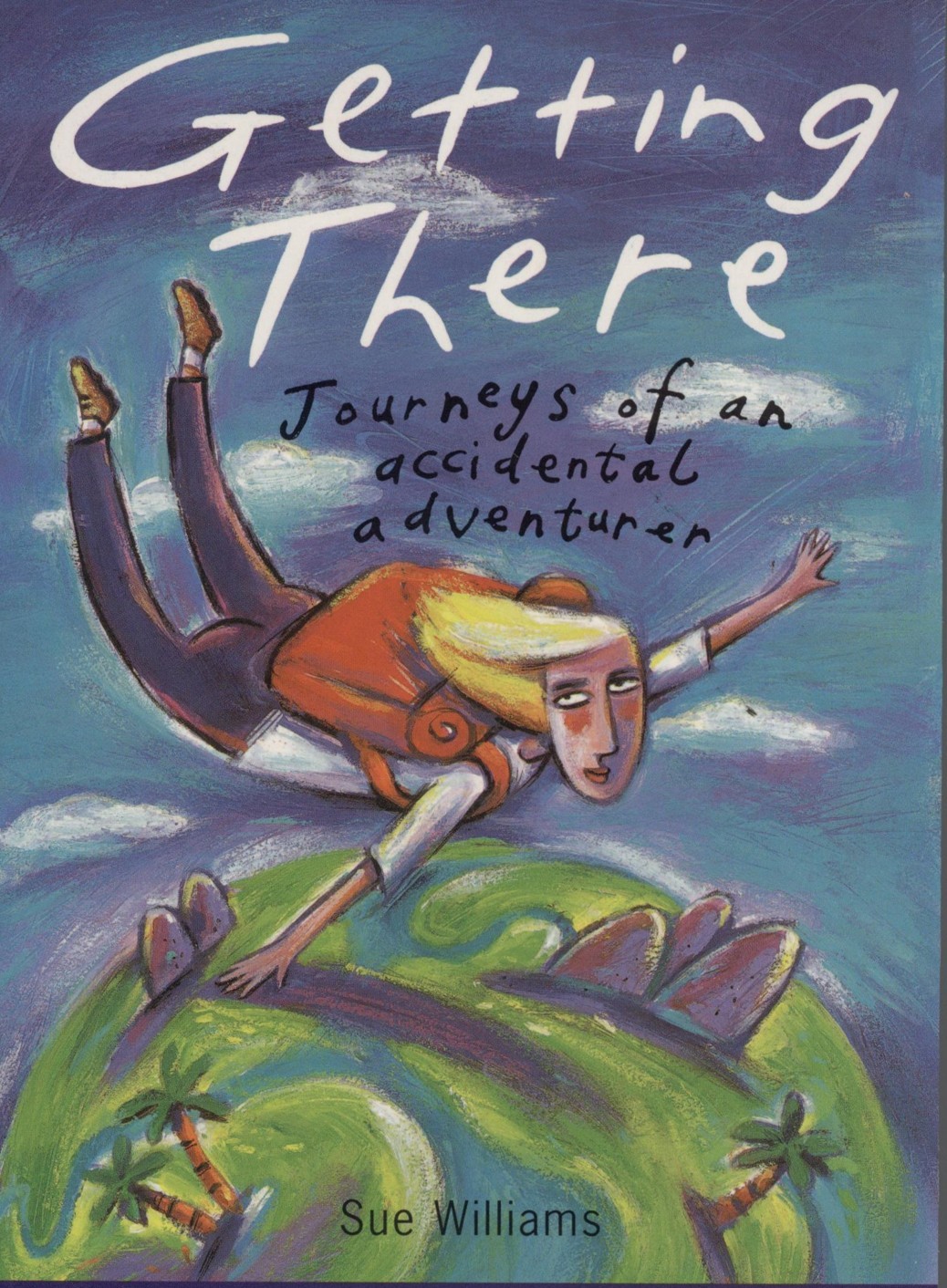