Daughter of the River Country

In country NSW in the 1940s, a baby is born and is immediately taken from her Aboriginal mother. Raised in the era of the White Australia policy, that child, Dianne, grows up believing her adoptive Irish mother is her birth mother.

But when that mother dies, her father installs a mate in the backyard who rapes her when she’s just 15, then abandons her and life spirals completely out of control.

As a kid who’s completely alone, Dianne is sent to the notorious Parramatta Girls’ Home and then forced to marry her rapist in order to keep her baby. She goes on to endure horrific domestic violence at the hands of different partners, alcohol addiction and cruel betrayal by those closest to her. But amazingly her fighting spirit is not extinguished.

At the age of 36, while raising six kids on her own, Dianne O’Brien learns she is Aboriginal and that her great-grandfather was William Cooper, a famous Aboriginal activist. Miraculously she finds a way to forgive her traumatic past and becomes a leader in her own right, vowing to help other stolen people just like her.

‘It’s an incredible story of strength, resilience and, ultimately, inspiration,’ says Sue. ‘It felt like a huge privilege being chosen to tell Dianne’s story and I found myself awestruck at her courage and humour and ability to survive life’s blows that would have killed most people.’

”“Growing up, Dianne O’Brien thought life was good until her mum died and the mirage imploded. Her story from stolen generation to finally meeting her people is tragic, shocking, miraculous and ultimately uplifting.”

”“Daughter of the River Country is a harrowing read but an utterly remarkable story. Aunty Di goes through hardship after hardship but still carries hope for herself and her family, even when things are at their darkest. Her constant positivity and belief in herself is something we should all aspire to.”

”“Through all this turmoil Dianne has become a leader, a mentor, a person who champions her people. She shows that you get knocked down time and again, but you get up and persist and learn. She gave me pause to consider what shapes our identity. What makes someone persevere, to want better time and again? This is a life story which is difficult to read: which is why it is necessary, and everyone should.”

”“One big lesson to grab from this memoir: ANYONE CAN ACHIEVE ANYTHING THEY SET THEIR MIND TO!” 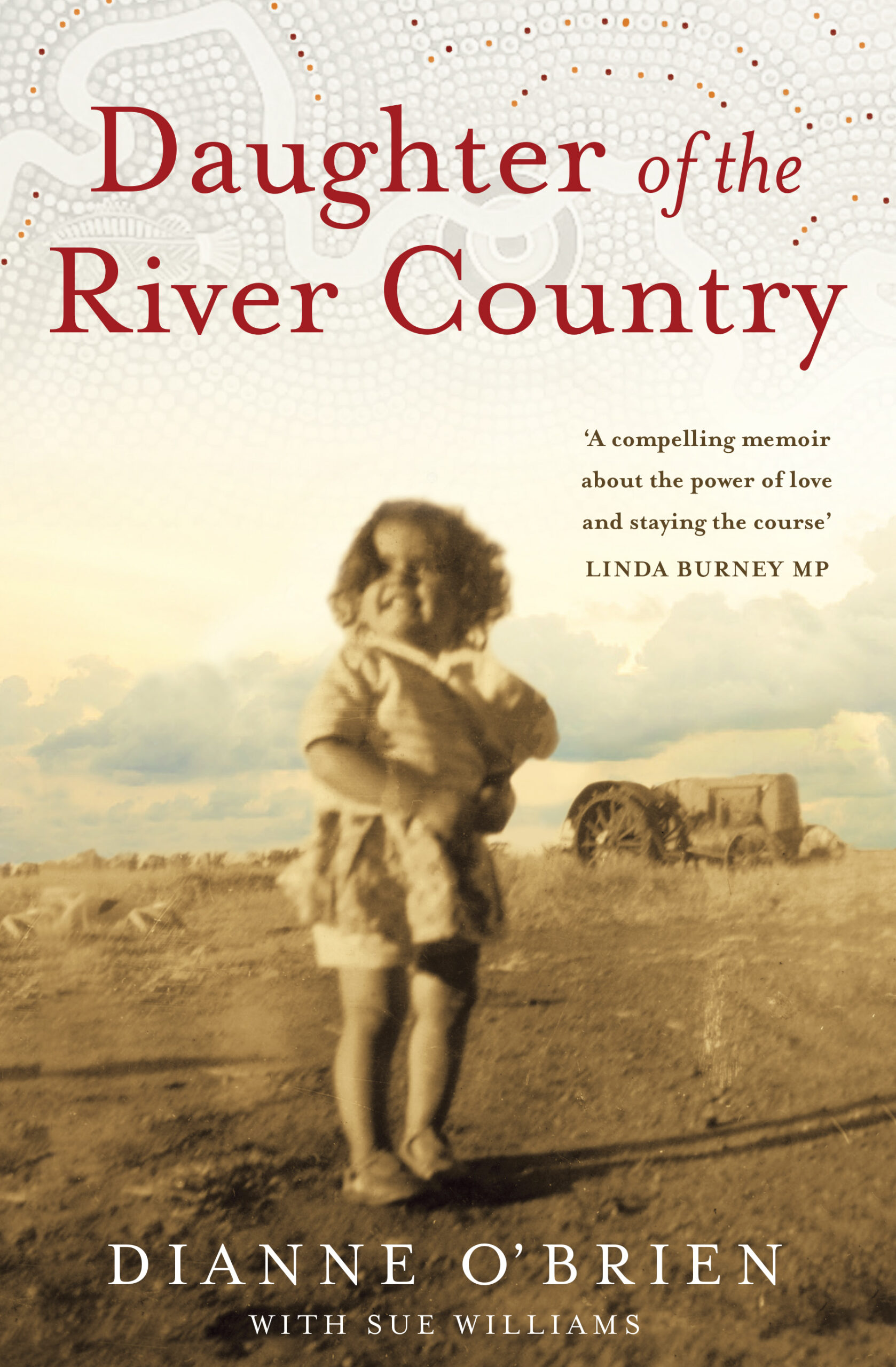