The Last Showman is the inspiring tale of a truly great Australian, a man who beat poverty and a lack of schooling and pulled himself up by the bootstraps to find personal and professional success. Along the way, it provides a nostalgic look at a fascinating slice of Australian culture that has almost vanished.

Fred Brophy, with his last traditional boxing tent in the world, is keeping alive a fast-disappearing way of life and providing a snapshot of a much missed era in Australian history.

He’s led a life as colourful as any showman, with a story of adventure, hilarity, tragedy and even a romance, living on the smell of an oily rag when times were lean and celebrating hugely when the good times rolled.

As the fourth generation in a long line of intriguing show folk, this son of a sideshow operator and trapeze artist had a tough childhood and ended up in jail as a teenager. He managed to turn this harsh life lesson, however, into a determination to launch his own boxing tent.

Times have been tough along the way and Fred’s battled to keep his family together and give his kids the education he lacked. Today, he’s a big-hearted, no-nonsense man who loves a beer and a yarn, and who uses his tent boxing both to entertain people all over the country and to lend a hand to others doing it tough.

He was awarded an OAM in 2010 for services to charity, boxing and entertainment.

The Last Showman: Fred Brophy With Sue Williams was published by Penguin in September 2014, rrp $29.99

Sue and Fred launch The Last Showman in Birdsville, September 2014 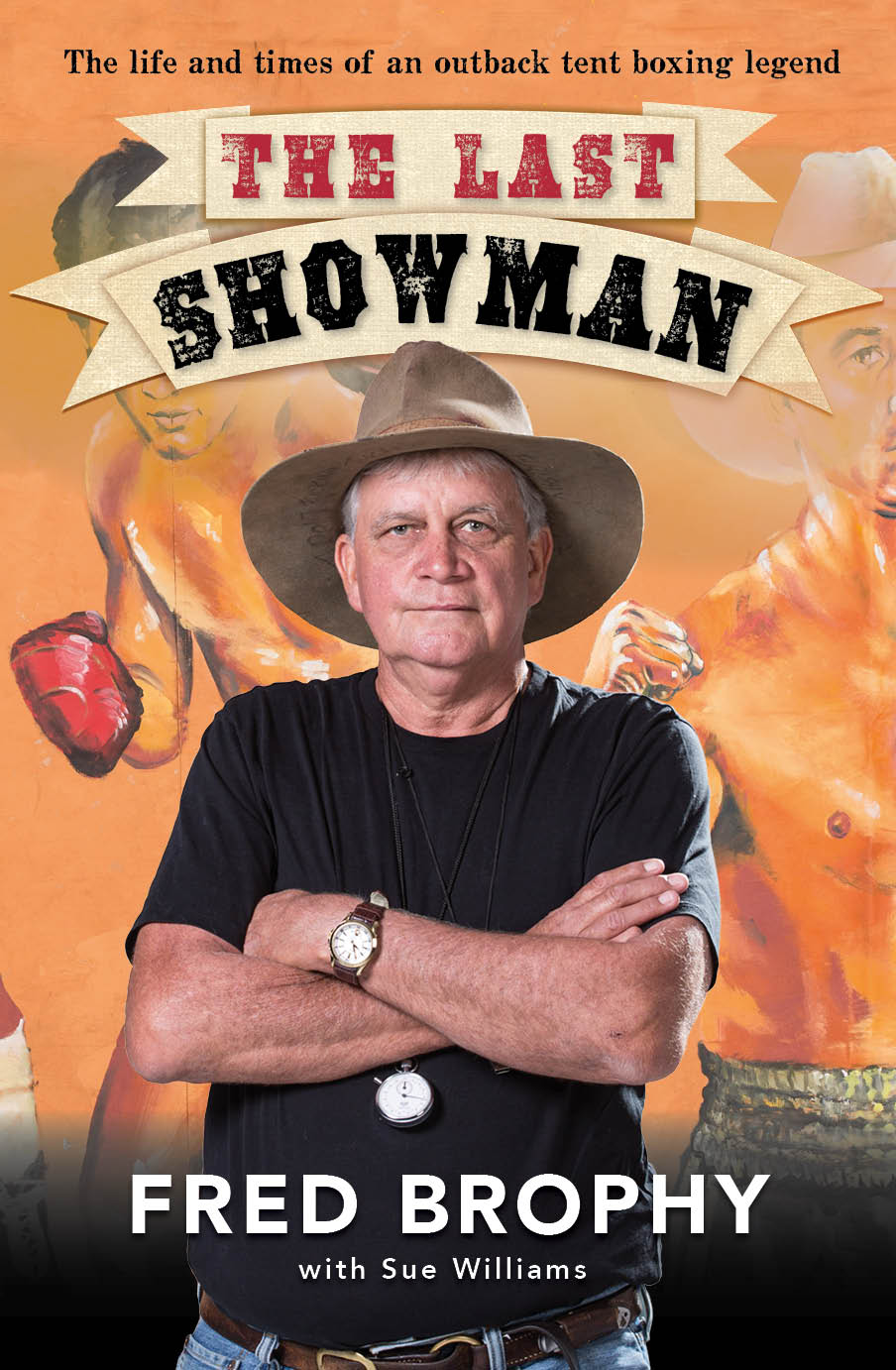