The disappearance of Peter Falconio

and the trials of Joanne Lees

Joanne’s account of her ordeal — the apparent murder of her lover, her capture at gunpoint, and her miraculous escape from the back of her attacker’s 4WD into the bush — sparked a frenzy of media interest and triggered the biggest manhunt ever mounted in Australia. But with few clues to the lone gunman’s identity, and as criticism of the police operation intensified, doubts about Joanne’s story began to surface.

In this gripping account of Peter Falconio’s disappearance, award-winning writer Sue Williams delves into the saga as it unfolds, charting the young couple’s early lives, an ill-fated love affair, and the past of the gun-toting drug-runner accused of murder, abduction and assault. Along the way, she encounters a top cop prepared to risk everything to crack the case, someone hell-bent on proving Joanne a liar, endless conspiracy theories, countless devastated lives in both Britain and Australia … and, finally, the shocking truth.

And Then The Darkness was published in Australia and Britain, and is available from this site.

For And Then The Darkness, Sue travelled all over the UK and Australia in her research, speaking to Joanne Lees’s family, friends, neighbours and work colleagues; the family, friends and neighbours of Peter Falconio; Bradley Murdoch’s parents, friends and enemies; and exclusive police contacts who gave her a penetrating insight into the biggest investigation ever undertaken in Australia.

And Then the Darkness: The disappearance of Peter Falconio and the trials of Joanne Lees was published in Australia in January 2006 by ABC Books, rrp $29.95, and in the same month in the UK by John Blake Publishing.

It was short-listed for the 2006 UK Golden Dagger crime writing award, the first book by an Australian writer to achieve that status.

The most emotive title is from Williams: And Then The Darkness. Like the others, Williams misses none of the drama of Lees’s conflict with the media, which reflected badly on both, or the justifiable doubts about the reliability of some of her evidence. But her account carries a deeper sense of tragedy, for Murdoch too, and his parents, but especially for Lees, and the Falconio family, wonderful people of staunch dignity and courage. A darkness did descend on innocent people and perhaps on a vast outback, and Williams has caught it well. While not uncritical of Lees, Williams is at least empathetic and sometimes sympathetic, and rightfully so. She spends less effort chasing rumours or gossip. Instead, she concentrates on the pulse and heartbeat.
— The Sydney Morning Herald 4/3/06

This skillfully woven recreation of events reads so much like a seriously creepy novel, it well may have you swearing off outback holidays forever. All the detail and facts, however, have been accrued from some serious journalistic digging and it’s the density of detail, along with its ominous atmosphere, that is the true gold.
— Australian Women’s Weekly February 06

No such holes in Sue Williams’ account, which is by far the most coherent. Like good crime fiction, And Then The Darkness presents us with clearly drawn characters and a satisfying denouement.
— The Age 4.2.06

With strong, colourful narrative, she spices the text with other murder stories and even takes a snipe at rival Falconio crime writer Robin Bowles.
— Adelaide Advertiser 28.1.06

From the moment Joanne Lees hit the front pages of Australian newspapers four and a half years ago, she’s been billed the mystery woman, the cold-hearted ice queen who never cried for her murdered boyfriend, the self-important princess who flatly refused to speak to the press about the night Peter Falconio died.
— The Australian 15/12/05

Joanne Lees and Peter Falconio didn’t know that an armed and dangerous man had followed them from Alice Springs and was preparing to ambush them.
— The Age 17/12/05

Bradley Murdoch was a mistake from the moment of conception.
— The Australian 14/12/05

Williams has the edge over her rivals in that her book is also being turned into a major telemovie in a co-production between Australia and the UK. The book will be rushed into shops in the two countries this week.
— Sunday Telegraph 18/12/05 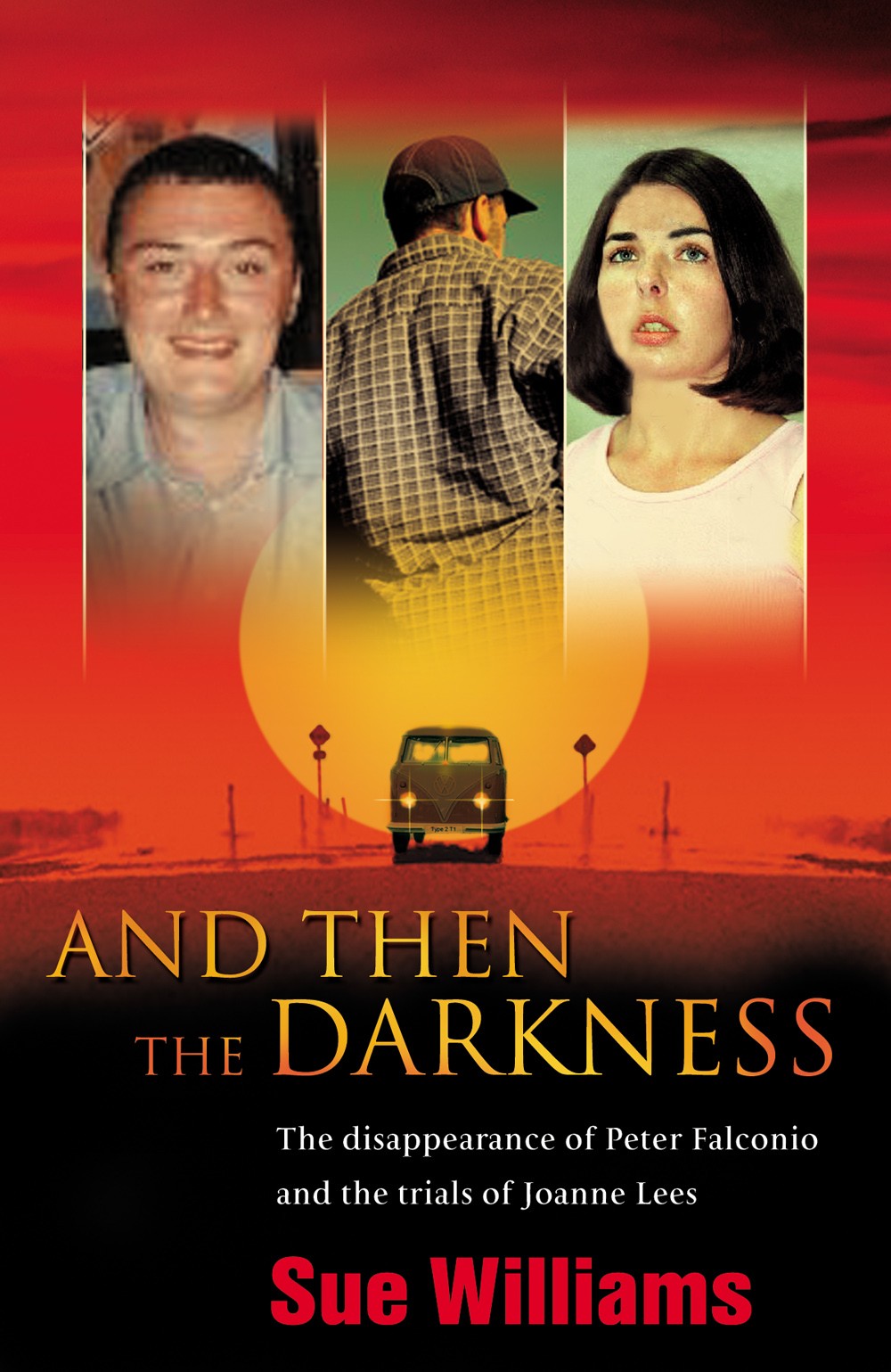