All the news that fits into a life 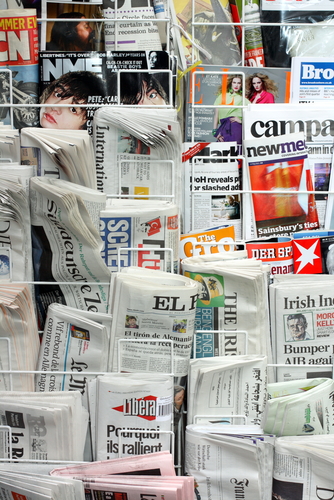 Making my mark in print ... and online

Back in the day, when everyone read newspapers and magazines, Sue was pounding various beats in search of the next day’s headlines.  Here ‘s how she got to where she is today …

Meeting the Queen on the eve of her tour of Australia, interviewing Angelina Jolie in Cannes, chewing the cud with George Clooney in Venice, reporting from the frontline in Iraq and East Timor … I’ve been blessed with a very full and exciting journalism career.

It’s ranged from the glamour of red carpet celebrity journalism at the top film festivals around the world to the true grit of a night spent hiding in a war zone in Mosul after an Australian Army C-130 Hercules had to make an emergency landing and – the shame! – we had to be rescued by a US Army Chinook.

In between, there have been tens of thousands of stories about everything: murder, riots, earthquakes, road crashes, the housing market, lifestyles, film, fashion, soccer and even horse racing – where I won the nation’s top race-writing prize for a feature on a horse.

Earlier, the trainer had poured scorn on me for knowing nothing about horses, and asking whether his horse was … er … a girl or a boy. It was with gritted teeth he later had to present me with the award.

I started out studying journalism for a year at college, after completing my degree in economics and politics at Britain’s Durham University and spending years travelling the world, mostly through Africa. I’d decided it was time to embark on a proper career, and I’d always enjoyed writing, and had written small articles for newspapers and magazines in my spare time.

So I took an National Council for the Training of Journalists (NCTJ) course in Portsmouth in the south of England and it was love at first sight with journalism. I graduated from the college with the highest marks ever recorded for the course, and launched a career that has taken me around the world many times, with so many highs, and a fair number of lows!

I began working at Britain’s largest independent newspaper, the Express & Star, in the Midlands of England. It was a tough start. I was the first trainee the newspaper had ever taken on and, when the journalists’ union heard of my appointment, everyone went out on strike in protest.

I kept the job despite the odds, reporting on courts, councils, politicians, gangsters, all the sources that help make up the lifeblood of journalism. I broke a story on the front page about the head of a council’s rampant homophobia which led to his having to make a grovelling apology, and another on a woman who claimed to have been attacked in her home by an unknown assailant, who turned out to have inflicted the wounds on her children, and on her body, herself. It was there I also started delving into the world of travel writing; travelling and writing features on my return.

When I finished my indentures, I set off on another trip, this time around Latin America, and just never made it home to Britain. Instead, at the end of the trip up through Central America, I travelled to New Zealand and worked there for a year at a new newspaper just set up, the Auckland Sun.

There, I started in investigative journalism as well as feature writing. I spent three weeks working on an undercover expose of a company duping customers into believing they were buying original artworks. From there, I went into television, working as a news producer on daily news bulletins, as well as writing for year-end news and specialty programs.

I arrived in Australia in 1989 and since then have worked for most of Australia’s leading newspapers, and appeared on radio and TV shows, as well as being a regular guest on podcasts.

I’ve been lucky enough to travel the world interviewing people involved in the most extraordinary careers and events.

I’ve reported from war zones, and cheated death a number of times, including from a rocket attack that carved out a cavern just 50 metres from where I was sleeping. Once, when driving along Route Irish in Iraq, considered at the time the most dangerous road on earth, a bullet pierced the armoured window by my head but, thankfully, failed to come all the way through.

I’ve been on movie and TV sets across the globe, interviewed some of the world’s great thinkers, like Geoffrey Robertson and Edward de Bono, and laughed with some of comedy’s top performers like Jerry Seinfeld and the late Joan Rivers.

I’ve written for newspapers and magazines here and overseas, in the UK and US.

For the last 10 years, I’ve freelanced, as a journalist, a travel writer, and a ballet and opera critic.

It’s been a full life and the same skills I acquired for news reporting stood me in good stead for the shift into writing non-fiction books and that, in turn, gave me a platform for writing my first novels.

For anyone planning to make a career in journalism or creative writing, my advice would be the same … take it seriously, do your research, read a lot and, most importantly, write!