Death of a Doctor

How the medical profession turned on one of their own

“Cancel your patients tomorrow. I’m going to come and sort you out, boy.”

It was a chilling message left on the answering machine of Dr John Harrison, a brilliant doctor and one of Australia’s highest profile alternative practitioners. The caller was a seriously mentally ill woman with a history of making allegations against medical practitioners. And yet when her claim of abuse was made to the authorities, the medico-legal system backed her all the way, seizing the opportunity to disbar – for life – this well-regarded and internationally renowned doctor, and in so doing, destroyed Dr John Harrison’s career, and ultimately ruined his life.

Journalist Sue Williams investigates the reasons why the medical establishment turned on one of their own, and reveals a shocking web of intrigue.

This is a compelling story, dealing with a number of controversial issues: a Fatal Attraction-style patient, the blinkered conservatism of the medical system, the bitter struggle between increasingly drug-dependent western medicine and the growing popularity of alternative therapies and treatments and a seriously flawed medico-legal system that makes it impossible for both doctors and wronged patients to receive a fair hearing.

Death of a Doctor: How the Medical Establishment Turned on One of Their Own was published in July 2005 by Allen & Unwin, rrp $29.95

First, some good news. Dr John Harrison still has a pulse, his faculties, his family and apparently his passion for medicine, so he’s not exactly clinically dead. But this is pretty much the only really good news in this disturbing book … It’s taken 10 years, but finally Dr John Harrison gets to put his side of the story, and it is extremely well handled by author Williams … this book is required reading … It makes for compelling reading.
— Australian Doctor Magazine, July 2005

The author rightly points out that there have been three inquiries in the past 10 years that have been critical of the HCCC. She also quotes from practitioners who have found the system stressful and who believe that, because the Tribunal is not bound by the rules of evidence, practitioners appearing before it have less legal protection than in criminal courts.
— Australian Medicine 5/9/05

Imagine being accused of a crime, and then going before a court where you have to prove your innocence, instead of your plaintiff and their lawyers having to establish your guilt. Imagine there were only two people in the room when the crime was said to have been committed, so it’s your word against your accuser’s. And imagine the judge having the power to decide what they’d like to admit as evidence – including hearsay.
— Daily Telegraph 28/9/05

Sydney writer Sue Williams’s latest book Death of a Doctor, gives a confronting account of how a conspiracy between disgruntled patients and the medical establishment destroyed the career of Dr John Harrison, who for two decades practised and championed alternative medicine.
— Sun Herald 11/9/05

What happens when a dedicated doctor crosses paths with an obsessive female patient? That’s the question posed by a new book by journalist Sue Williams … The bigger picture pits the medical establishment Goliath against a man who discovered that his true enemy was not a sick woman, but the establishment itself.
— Sunday Telegraph 24/7/05

The handwriting on the envelope looked chillingly familiar. Dr John Harrison, after another long day in his Sydney surgery, tore it open and pulled out the notepaper inside with its untidy, looped handwriting.  You’ll never meet anyone in your life that will hate you as much as I do, he read aloud. “ I will hate you for the rest of my life. I’d love to have the guts to hurt you in a big way.” … Harrison had become the focus of a stalker ….
— Daily Telegraph 23/7/05

He was the golden boy of the Australian alternative medicine industry, a brilliant doctor with an internationally best-selling health book, his own radio show and a booming practice with a nine-month waiting list. Then a seriously mentally ill woman walked in &
— The Australian 23/7/05

So when a vexatious complaint was made against him, the medical establishment, through the NSW Medical Tribunal, made him a target, a scalp, and a sacrifice, and pursued him with chilling echoes of medieval religious persecution.
— The Age 30/7/05

It’s about losing faith in an industry we trust with our lives.
— The Lamp Nov 05 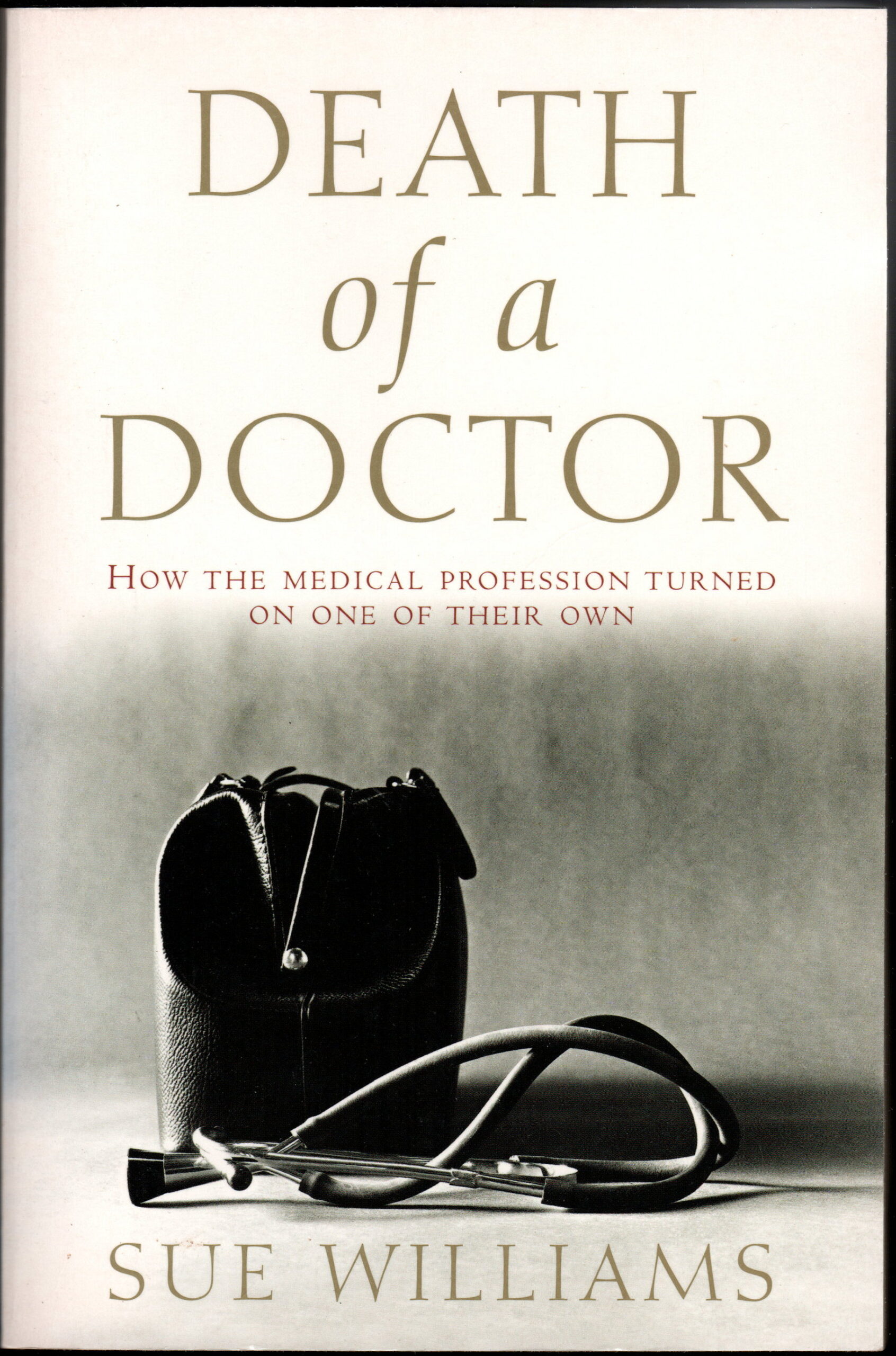