She was a police officer with a brilliant future ahead of her, a young mum of two small children and a beautiful woman, with a huge circle of friends and colleagues who adored her. But early on the morning of May 13 2009, Samantha Barlow’s whole world came to a shuddering halt. As she walked to work at Kings Cross Police Station, a man slunk out of the shadows behind her and smashed her in the back of her head with a brick, over and over again. He hit her with such force, it actually dented the back of her skull, and injured her brain.

The next period for Samantha was a living nightmare. She was dragged to the back of the park where he’d been hiding and had her face rammed into a brick wall. It was only when her assailant, a long-term drug addict and serial offender, was rifling through her possessions that he suddenly realised she was a police officer. Immediately, he panicked, thinking he’d killed a cop. It was then that he left her for dead in the back of the lonely park, just before sunrise.

Her battle to survive makes chilling reading. Many people saw her but passed straight by, thinking she must be a junkie, covered in blood and lying in the park. It was only when a routine police patrol passed by and happened to catch sight of her, lying crumpled in a bus shelter where she’d managed to crawl, that help finally arrived. But even then, she was so badly injured, the officers failed to recognise their colleague.

Samantha was finally raced to hospital and put into a coma. Her husband Laurence, also a police officer, was summoned, and told she was unlikely to live. But brave Samantha confounded everyone’s expectations. Her amazing battle is a truly inspirational tale.

Left For Dead: A True Story of Resilience and Courage was published by Penguin in August 2013, rrp $29.99 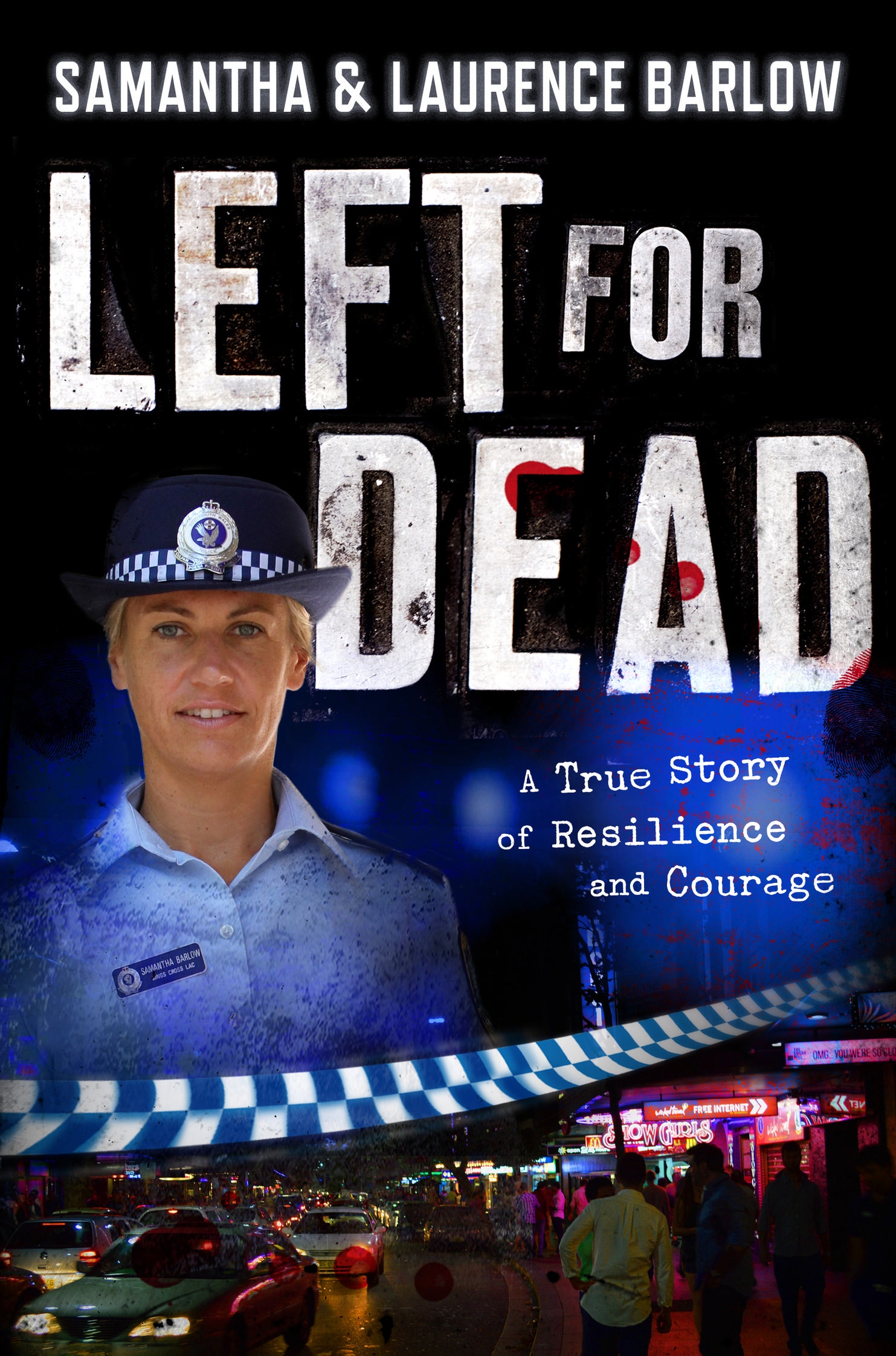