Peter Ryan: The Inside Story

When the former head of British police training Peter Ryan came to Australia to take over as the NSW Police Commissioner in 1996, he knew it would be a tough job. He’d had a long and distinguished career in Britain, racing his way up the ranks from humble beat copper being attacked with axes and bottles, to becoming one of the youngest ever Chief Constables in the country. The NSW police, with its reputation for being “the best police force money can buy”, and struggling with dramatic revelations of massive corruption from the Royal Commission, looked a tough challenge. Yet even he had no idea how tough that job would prove.

He found himself up against not only the corrupt cops, and those who had lived with the corruption, but a whole raft of enemies – from the police unions battling against internal reforms to senior officers out to prove an outsider couldn’t succeed; from politicians determined to undermine the Government’s law and order platform to media figures with something to prove; from criminals with most to gain from having a police service that could be paid off, to members of the legal profession itself.

In Peter Ryan: The Inside Story, he finally breaks his silence to tell his explosive tale of triumph and betrayal, ambition and heartbreak. For the first time, beyond the politicians’ reach and outside the system that had sought to silence him for the six years he served it until April 1992, he speaks out on:

Peter Ryan: The Inside Story, will shock and startle with its frankness, touch with its sadness and inspire with the story of one man and his family who left everything behind to try and make good on the other side of the world.

It traces his earlier life from the day he first stood up to the school bullies, and took his first job as a copper in Britain’s hardbitten North. It looks at the long-haul up the ranks, the hard, ugly graft of police work, and the violence he had to deal with on the streets. He soon stood apart from the crowd, working on the infamous Mr Asia case, struggling against rioters who set cities ablaze, manning the frontline against striking miners, working against the IRA in Northern Ireland and, at Christmas 1983, having to cope with the devastating impact of an IRA bomb that killed three of his officers, and injured many others.

And they weren’t. From there he became the director of Britain’s police training, where he revamped the entire system, was the founding president of the Association of European Police Colleges, worked with police forces in the emerging new countries from the Communist bloc and Africa, and studied at the FBI Academy.

Then, in March 1995, he made his first, fateful trip to Australia.

It was a decision that was to change the entire course of his life.

Peter Ryan: The Inside Story was published in April 2002 and spent eight weeks on the best-sellers list.

Available from all good bookshops.

As Williams sets out in fine detail, Peter Ryan was spooked by the task ahead. Her account is a frequently unflattering exposition of a man confined by vanity and naivety, in the beginning shrinking from trust and in the end withdrawing from battle … In revealing some of the difficulties confronted by the new commissioner, Williams tells a more interesting story than the story of Ryan himself.
— Chris Masters, Sydney Morning Herald 10.07.02

Author Sue Williams has delivered a fascinating warts-and-all portrait of Ryan, and he is to be commended for subjecting himself to such uncomfortable scrutiny.
— Miranda Devine, Sydney Morning Herald 11.07.02 after she had read the book

In particular, Williams provides an intriguing portrait of Ryan’s wife Adrienne, 16 years his junior and the political brain of the household.
— The Australian 20.07.02

Sue Williams’ book has been hailed as a searing insight into the brilliant career and ultimate downfall of the NSW Police Commissioner who was both best-loved and most vilified … The result is a rivetting biography.
— Northern Courier 09.07.02

Williams’ portrait of Ryan is that of a lone soldier crusading against a vast matrix of incompetence, vested interests, blind conservatism and xenophobia.
— The Age, 03.07.02

Peter Ryan: The Inside Story, by journalist Sue Williams, is a biography of an admired man but there’s plenty in it that’s critical too. And there’s a real sense of being there because Williams began her research while Ryan was still Police Commissioner, interviews were conducted while his stewardship of the force was under bitter attack.
— The Canberra Times, 06.07.02

…the ingredients are there for a punchy and compelling biopic.
— Urban Cinefile 03.07.02 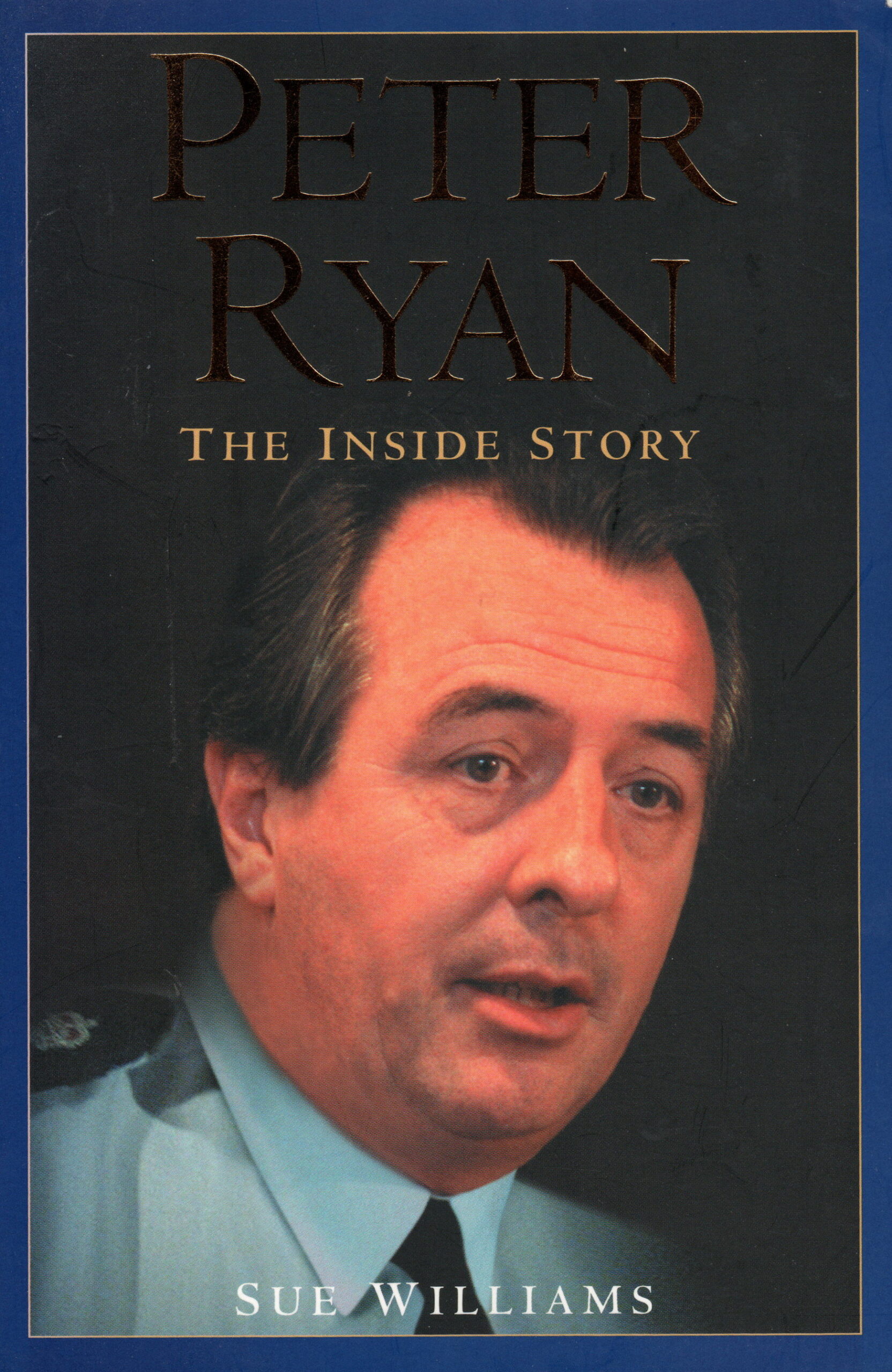 Peter Ryan: The Inside Story