The Girl Who Climbed Everest

The Girl Who Climbed Everest has at its heart three characters – Alyssa Azar, her dad Glenn and Everest itself.

Alyssa, the girl who became obsessed with the idea of climbing Everest and pursued her dream despite all the obstacles and difficulties, is a girl – becoming a young woman in the course of the book – who surprises and inspires, in turn. Determined to achieve her goals, she refuses to be put off by setbacks, and instead works harder and smarter to get where she wants to be.

Her dad Glenn is a former soldier who served in East Timor, and became an Aviation Medic and evacuation specialist, a PT instructor and a registered nurse. With a childhood marred by violence, he grew up an archetypal rebel, leaving home early and ending up kicked out of five different schools because of his behaviour.

He adopted the motto ‘Try Everything’ as the philosophy for his life, set up a fitness business and then because the director of his own adventure business. Having turned his own life around completely, he was keen to do everything he could to make sure his children grew up strong and healthy, and encouraged them all to reach for the stars.

And finally, of course, we have Everest itself, the highest point on earth and a sight that strikes both wonder and terror into anyone who sees it. A brooding triangular hulk, dwarfing the other giants of the Himalaya range, it stands a majestic 8,848 metres above sea level, with its summit carved in two by the international border between Nepal and China’s Tibet. It’s a snow-covered, cloud-draped peak that has captured the imagination of people since time began.

The book tracks the history of Everest climbs and interviews some of the most trail-blazing Everest summitters. Among them is New Zealander Peter Hillary, the son of Sir Edmund, who talks of his battles to get to the top, eventually becoming part of the first ever father and son duo – separately – to make it. Australia’s record-breaking Everest hero, Tim Macartney-Snape, recounts his nightmares on the mountain, as well as reliving his greatest triumph. American David Hahn, who holds the world record for the most successful climbs to the top for a non-Sherpa, also summons up the nightmare times as well as the dream runs.

Australia’s first female to summit, Brigitte Muir remembers her four dramatic attempts, including the occasion she was abandoned, lost on the mountainside. Rex Pemberton, the previous youngest Everest conqueror, who reached the top at the age of 21 in 2005, also offers Alyssa advice.

And through it all is the tale of a young women who refuses to give up on her greatest dream, despite the dramas, the massive blocks of ice that shear off the mountain above her, the avalanches, the earth tremors and the tragic death of a fellow Australian climber Alyssa encounters after her own personal triumph.

The Girl Who Climbed Everest: The Inspirational Story Of Alyssa Azar, Australia’s Youngest Adventurer is written by Sue Williams, and published by Penguin Books in September 2016, rrp $32.99 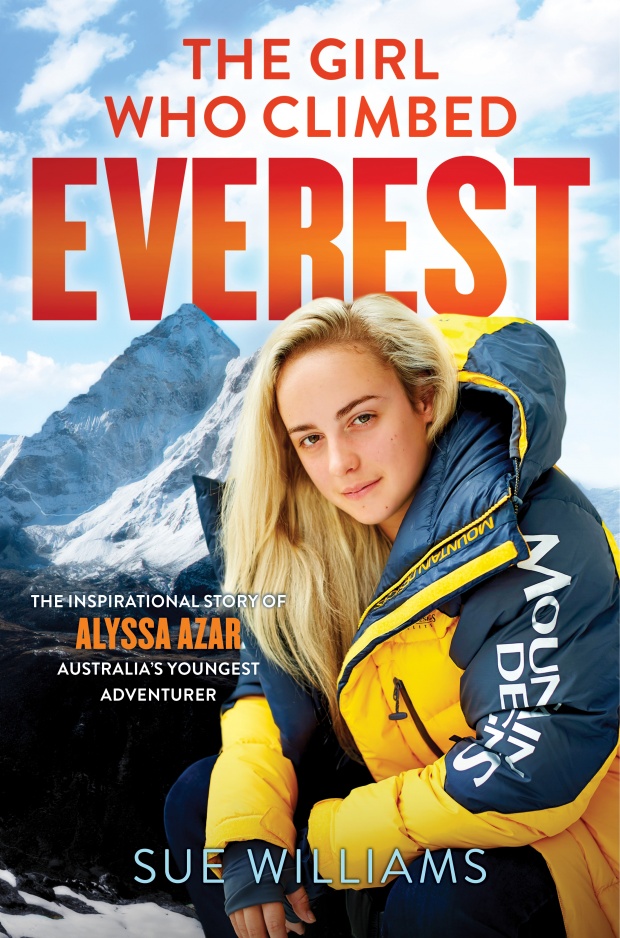